The New River Gorge National Park and Preserve (NERI), the Nation’s newest National Park, preserves the natural and cultural heritage of the New River as it cuts through the Central Appalachian Mountains in West Virginia, creating the deepest and longest gorge in the Eastern United States. One of the chief objectives of preserving the New River Gorge’s natural heritage is the protection of its abundant water resources for recreational and aquatic life uses. Many of the park’s visitors raft the NERI’s extensive whitewater with commercial guiding services.

With so many visitors using NERI’s waters for recreation, it is important to understand the locations and circumstances where these streams meet recreational contact standards and the instances when they do not. The results of routine monitoring and analyses of spatial/temporal trends of indicator bacteria in rivers and streams can help visitors make informed decisions about when and how to recreate in park waters.

The goal of the study is to better understand the seasonal and longitudinal distribution of E. coli concentrations in the New River within the NERI and to develop a surrogate model for E. coli based on continuously measured water-quality characteristics from the New River. There will be three types of data collection: 1) collection of routine, scheduled samples, 2) storm-related samples, and 3) longitudinal transect sampling during peak recreational-contact season, May through October. These data will be used to develop predictive models for E. coli using methods similar to those used to model fecal-indicator bacteria in other streams. 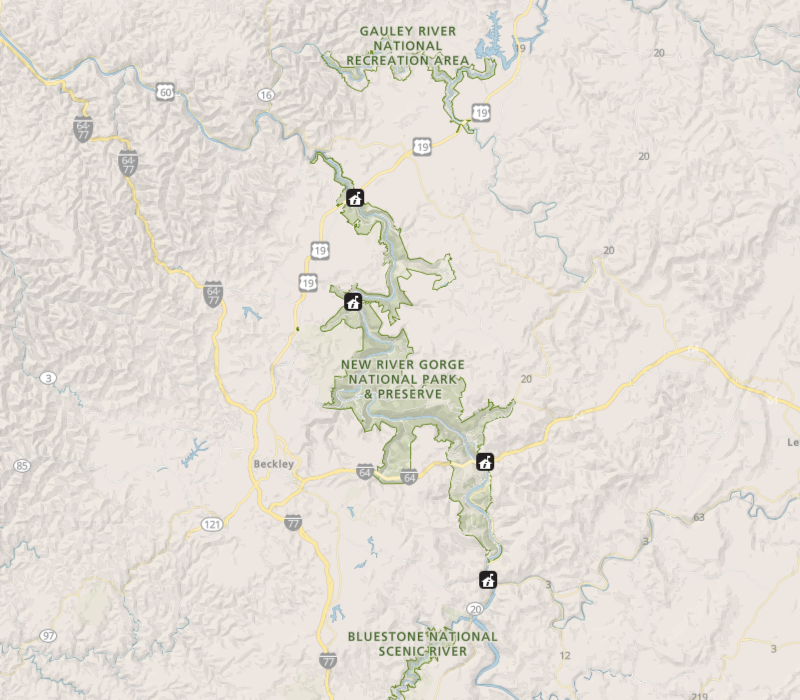