Coral reefs in the National Park Service’s National Park of American Samoa (NPS-NPSA) Ofu Island unit are currently threatened by an outbreak of Valonia fastigiata algae. This macroalga appears to be actively overgrowing healthy coral colonies, which implies a significant shift in the local nutrient regime to one that now favors macroalgae proliferation. Under favorable conditions, such as increased nutrient loading, V. fastigiata is capable of quickly dominating a coral-reef ecosystem.

Declining water quality is aserious and sustained threat to coral reefs and is believed to be an important cause of the global decline in shallow coral reefs. Nonetheless, isolating the effects of water quality stressors is difficult without determining the other physical and biological controls on reef health. Nutrient pollution via surface runoff has been a target for coral-reef conservation; however, nutrient loading to coastal waters from submarine groundwater discharge (SGD), the movement of water from land through the marginal seabed and into the coastal ocean, is increasingly recognized as an important water-borne vector for transporting nutrients into the coastal ocean.

Given previous work documenting SGD as the dominant source of freshwater to the coral reef environment in Ofu and Olosega, SGD is likely an important water-borne vector for transporting nutrients and contaminants to nearshore environments. However, very little is known about SGD rates, loads, and patterns of impact on Ofu. In order to fill this critical knowledge gap, USGS and NPS scientists will identify SGD sources and pathways, and link these to reef hydrodynamics using a combination of oceanographic, remote sensing, geophysical, and geochemical analytical approaches. 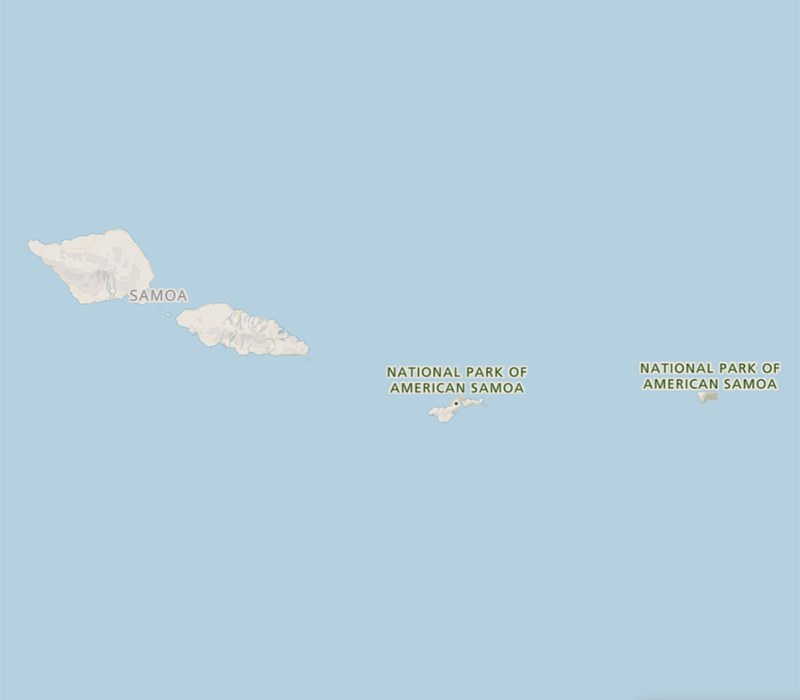