The Mohave Tui Chub (MTC) is a member of the minnow family native to the Mojave River in California. The MTC was extirpated from the Mojave River by habitat degradation and hybridization and/or competition with the arroyo chub. By the early 1950s, the only remaining population of the MTC was found in MC Spring near Zzyzx (also referred to as Soda Springs), just inside the western border of Mojave National Preserve (MOJA).

There are very few aquatic environments in Mojave River drainage capable of sustaining a stable MTC population. Two potential refugia outside of the Mojave River flood plain with perennial sources of water have been identified within the boundaries of MOJA, Rainbow Wells Pond and West Pond. Of the 14 attempts to introduce the MTC to new habitats between 1939 and 1984, 13 failed, some due to water quality problems.

The USGS will monitor Rainbow Wells and West Pond over the course of a year to characterize water-quality conditions and determine the suitability of these sites for MTC introduction. Additional data will be collected at the existing three MTC habitats in MOJA to provide further information on the range of acceptable conditions. 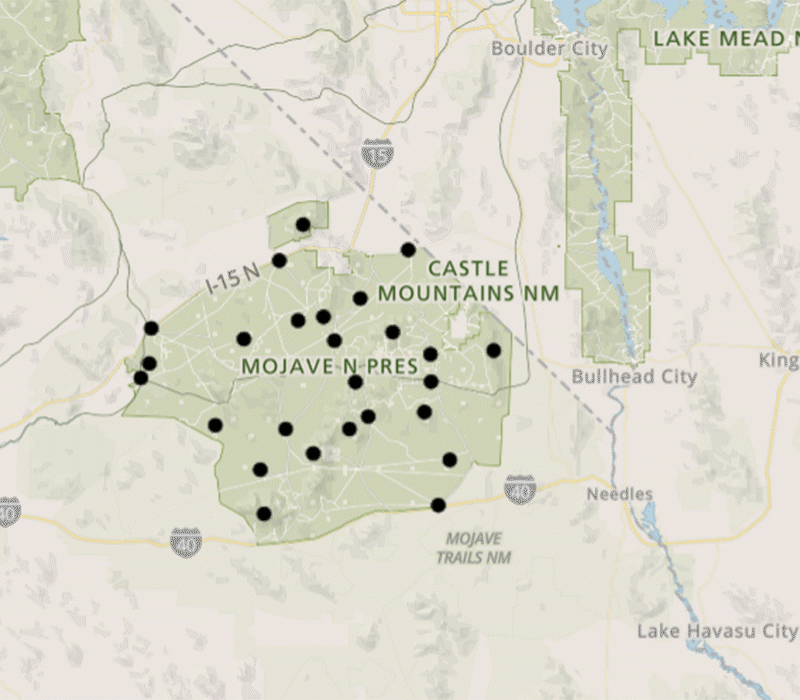