Office of the Delaware River Master

Duties and Functions of the Delaware River Master

Specific Duties in Connection with the Montague Release Formula 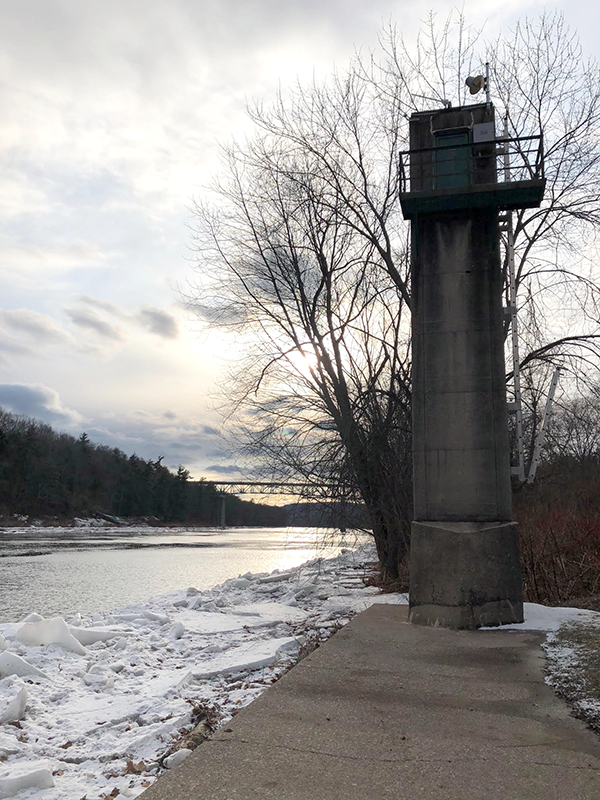 In the 1920's, the States of New York, New Jersey, and Pennsylvania were interested in the development of water supplies in the Delaware River Basin, as a source for meeting their individual needs. Between 1924 and 1927, these States made two attempts to forge an agreement for coordinated development of water supplies. Both attempts, however, were unsuccessful. Faced with little prospect of multilateral agreement, and confronted with water shortages and growth pressures, New York City, which lies outside the Delaware River Basin, in 1928, moved to develop new sources of water supply from within the Basin. This action resulted in a serious interstate conflict and, in 1930, the State of New Jersey brought an action in the U.S. Supreme Court to enjoin the City and State of New York from using the waters of any tributary to the Delaware River. On May 25, 1931, the Court granted New York City the right to withdraw 440 million gallons per day (Mgal/d) of water from two reservoirs the City planned to build on headwater tributaries feeding the main stem of the Delaware River. The impoundments--Neversink on the Neversink River and Pepacton on the East Branch of the Delaware River--became fully operational in late summer of 1955.

The original Supreme Court action, in the form of a decree, stood for 23 years. In 1952, however, New York City filed a petition with the Court, seeking to increase its diversion of Delaware River Basin water for water-supply purposes. As a result, the decree parties--the State of Delaware, State of New Jersey, State of New York, New York City and State of Pennsylvania--returned to the Court, in a dispute over the City's right to divert additional water out of the Basin. An amended decree was consented to by all parties and adopted on June 7, 1954. This decree permitted New York City to increase its withdrawal rate to 800 Mgal/d, contingent upon the City's construction of a third in-basin water reservoir--the Cannonsville impoundment on the West Branch of the Delaware River--which was completed in 1967. In return, under the amended decree, New York City was required to release from its three upper basin reservoirs into the Delaware River a sufficient quantity of water to meet a flow objective of 1,750 cubic feet per second at Montague, N.J., in order to ensure adequate streamflows downriver. The decree also permitted an out-of-basin diversion of 100 Mgal/d to central and northeastern New Jersey through the Delaware and Raritan Canal. A River Master employed by the U.S. Geological Survey was appointed by the Court to administer specific provisions of the amended decree.

History of the Reservoir Releases Program

On July 16th, there was an in-person meeting of the ODRM Advisory Committee. The meeting included a tour of the new NYC diversion tunnel under construction beneath the Hudson River. The Decree Parties signed an agreement for minor modifications of the FFMP2017 Appendix A to clarify schedules and flow rates for conservation releases. The group received a presentation on ORDM 2018 progress, 2019 budget, and 5-year plan, discussed new Advisory Committee operating procedures and organizational preferences for planned FFMP studies.