Key Finding in McMahon and others (2018)

In the North Belridge field, fresh water from the California aqueduct is used for hydraulically fracturing diatomite. The TDS concentration of unaltered fluid in the diatomite is two orders of magnitude higher and is in the 30,000-35,000 mg/L range.

The TDS concentrations in oil wells fractured with fresh water were compared among samples collected 1 week, 2 weeks, and 104 weeks after hydraulic fracturing. TDS in the fluids around the well went from 10,000 to about 25,000 mg/L TDS between week one and week two and then more slowly reached about 30,000 mg/L by week 104. This pattern follows the expected asymptotic curve. This result is similar to findings reported by Rowan and others (2015).

The rapid re-equilibration of fluid chemistry around hydraulically fractured wells occurs because the volume of fluid injected during the fracturing process is relatively small compared to the volumes of formation water and of produced water from oil wells reinjected into the formation. In the Lost Hills, North Beldridge, and South Belridge oil fields overall, the fluid volume injected for hydraulic fracturing was <0.5% of the total volume injected during 2014-2017. 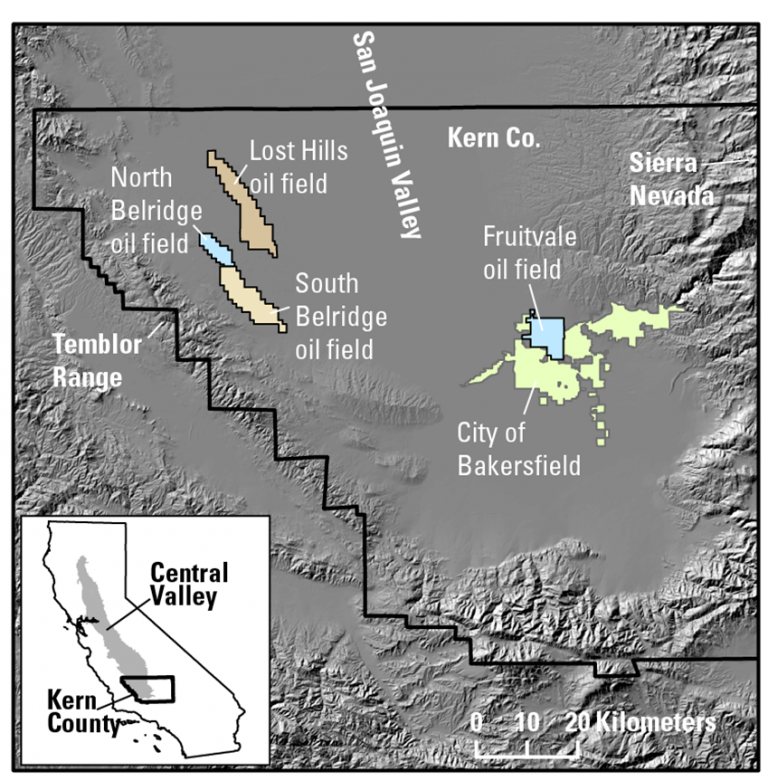 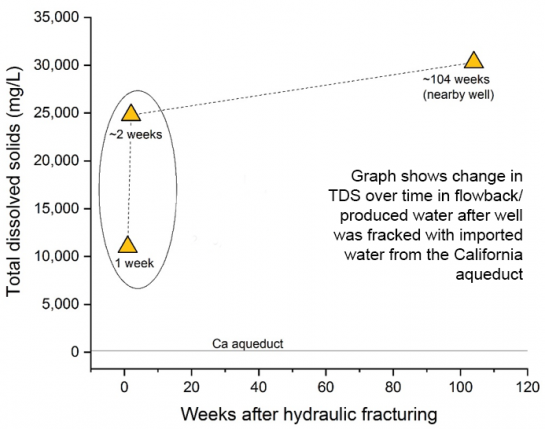