Summary of one set of findings from Gillespie and others, 2019

The USGS initiated salinity mapping adjacent to the largest oilfields in western Kern County at the outset of this scientific program in 2016. During work to map the regional salinity gradients to the base of the aquifer system (separate web page), groundwater salinity that was anomalously high compared to regional salinity was observed in the vertical profiles of salinity at some oil wells in and around the Lost Hills, North and South Belridge oil fields. These anomalously high salinity values most likely resulted from historical disposal of oil-field water in surface ponds and injection wells near the identified profiles.

Clay Layers are Barriers in Some Places and Not in Others 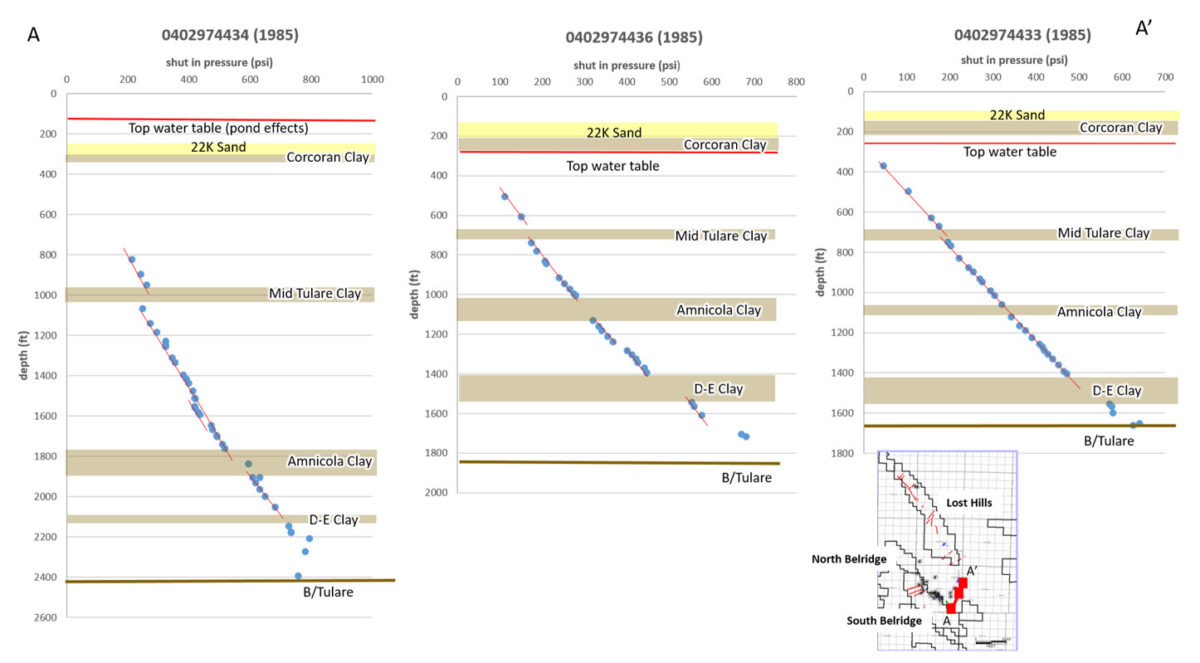 Clay layers (tan) and pressure measurements (blue dots) show how clay acts as a barrier at point A in the map, but vertical flow is present across the same layers at A' a few miles away
Gillespie and others (2019)

Adjacent wells drilled in 1970, 1986, and 2012 downgradient from a disposal pond showed first a gradual filling of the unsaturated zone and rise of the groundwater table with saline water. The shallow saline plumes have been documented by monitoring data collected downgradient of the surface ponds (Schulmberger Water Services, 2011). 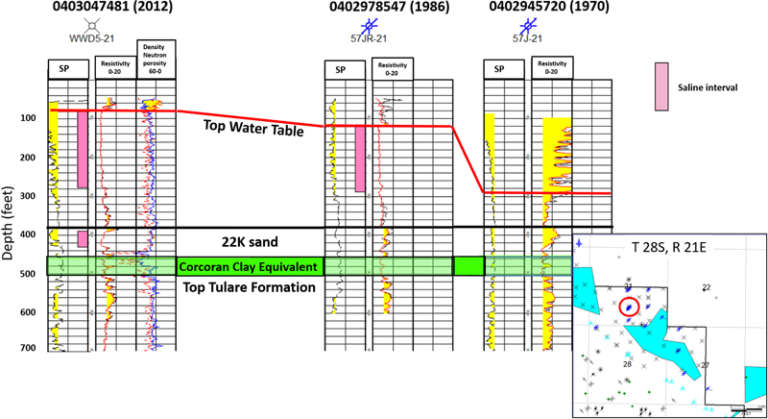 Records from three wells drilled in different years show sand layers (in yellow) being filled with saline water (pink) from a nearby surface disposal pond containing produced oil field water (earliest well on right, most recent on left).
Gillespie and others (2019)

While some well records indicate the influence of surface pond waters, others indicate the migration of oil-field waters from injection wells can be seen when viewed against the gradual regional salinity gradient. This pattern is most visible in adjacent wells drilled in 1990 and 2012 in an area just east of the South Belridge oil field that contains numerous disposal wells. Pink bars superimposed on the 2012 records highlight changes in resisivity between the two dates. This shows numerous thin layers of saline waters migrating through sand layers from 1909 to 2012. 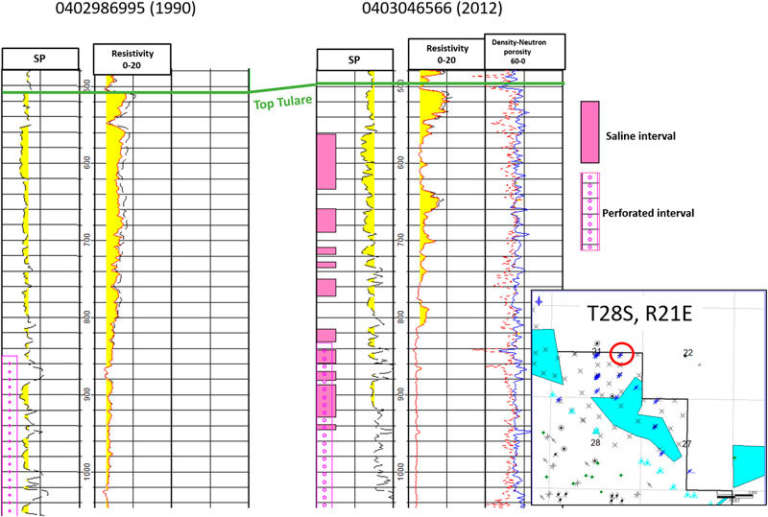 Records from two adjacent wells drilled in 1990 (left) and 2012 (right) in an area containing numerous disposal wells east of the South Belridge oil field.
Gillespie and others (2019)